The following explanations are applied specifically to Andrew’s methods of teaching for Wudang Tai Chi Chuan (also known as Practical Tai Chi Chuan). These follow the teachings of Dan Docherty and Master Cheng Tin-Hung. Although many of the five aspects are included in most of the Tai Chi styles, not all classes and schools follow all of them:The Cloud Dragon School follows all Five Aspects. These make up the traditional Tai Chi Chuan syllabus and should be regarded as complementary and interdependent, rather than complete separate entities.

This is a series of set moves performed in a flowing manner. There is a long form (traditional) and a short form (beginners are taught this first). The long form can take 20 minutes or more to perform. The form should be practised slowly and in a relaxed manner. The consistent practice of all forms helps to improve co-ordination, posture and balance.

The name can be misleading, as some of the drills taught to you will not be restricted to ‘pushing’ or indeed the ‘hands’. The term refers to the partnered-drills, which improve sensitivity, balance, footwork, angle, timing and co-ordination, as well as how to disrupt an opponent’s centre of gravity. There are various methods and categories for pushing hands in competitions.

These are usually taught to students after gaining a certain level of proficiency in hand form, pushing hands and self-defence.

Many styles of Tai Chi Chuan do not teach this, or indeed over the years have forgotten the methods, remembering that the traditional method of transmission was by word of mouth and demonstration. It is a large part of Wudang tradition. If a sufficient level of proficiency is attained and the student is considered of good character and the right person to receive instruction (in opinion of the teacher) they may be put forward for this training.

Firstly, you attend an initial ceremony, known as Bai Shi and the first part of the training is given. All subsequent training is further provided, depending on progression and commitment, as well as the necessary expertise being acquired. Nei Kung (Internal Strength) is part of what is known as ‘inside the door’ training. In other words, it is not taught in open classes to students and then only after he/she has undergone the initial ceremony and training. It consists of 24 exercises, which include 12 Yin and 12 Yang: these exercises have therapeutic, meditative and self-defence aspects. The training is demanding and not lightly undertaken.

In addition to the aforementioned five aspects, there are other drills completing a good practitioner’s training  that do not fit into any of the traditional categories. These are certain conditioning methods, such as punching with hand weights,  floor rolls, handstands, bag and focus-pad work and sparring: all of great use - complementing the student's overall training and practice of Tai Chi Chuan plus helping  prepare for Competitions if competing in events. 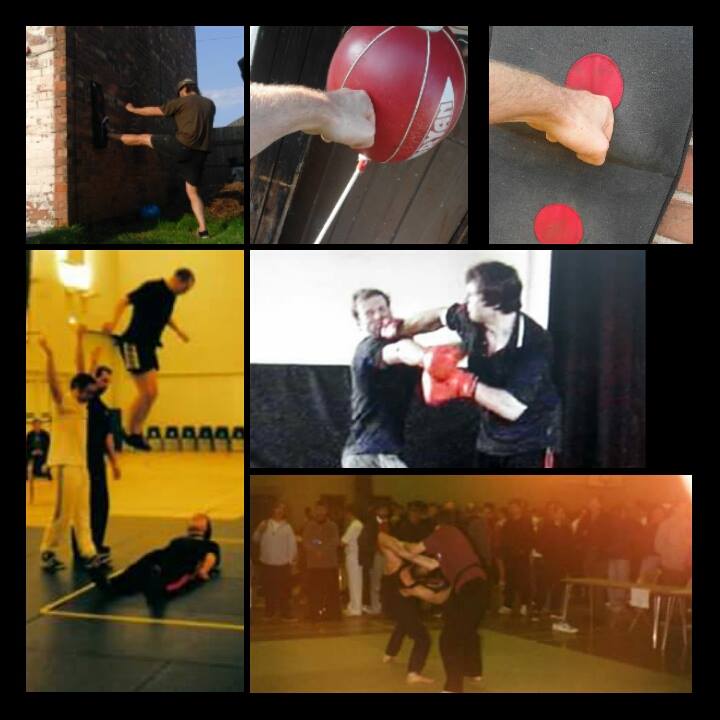